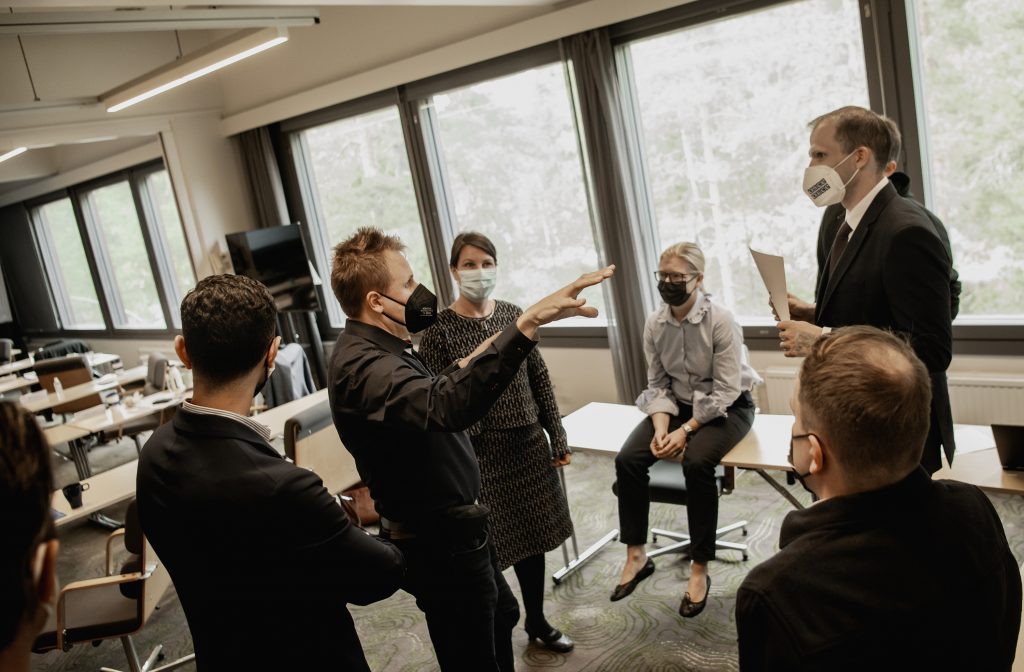 On 23-27 August, CMC Finland organised a Mediation Pilot Course, CMC’s first-ever advanced course on the theme of mediation, negotiation and dialogue. 23 participants and seven trainers and facilitators gathered in Espoo, Finland for the course, also the first face-to-face course organised for a long while. The aim of the course was to increase the participants’ knowledge of mediation, negotiation and dialogue processes and how they relate to civilian crisis management missions, and increase their competence in applying mediation skills.

There is an increased recognition that civilian crisis management staff need skills in mediation and facilitation as well as general understanding of peace processes and their relation to mission mandates. A majority of civilian crisis management missions operate in contexts with an ongoing or recently ended violent conflict. Thus, the mandate of the mission might directly or indirectly relate to the implementation of the peace agreement or the monitoring of the implementation. Some civilian crisis management missions as well as secretariats have jobs that require specific expertise in mediation and dialogue facilitation, and some job descriptions include analysing conflict parties and the dynamics of a peace process. Kati Miettunen, a course participant and political advisor for the EUSR for South Caucasus and the crisis in Georgia, confirmed the need for skills in conflict analysis, understanding possible entry points in a process and opportunities for confidence-building measures. Negotiation skills, active listening and empathy are competences that come in handy in all jobs.

In addition, several other activities in civilian crisis management missions require negotiation and facilitation skills, for example mentoring and advising tasks, facilitating discussions between local stakeholders, dealing with freedom of movement, human rights and gender issues, and interacting on an ongoing basis with stakeholders to enhance communication and build trust. Course participant Meri Paunonen’s job in the EUCAP Sahel Niger mission is directly related to the latter. As Civil Society Adviser, her task is to develop actions which increase trust and confidence between security forces and local civil society. As part of the mission’s strategic advisory unit, her job requires understanding the context and culture, linking grassroots actors with actors on the official level, as well as skills in convening and facilitating meetings.

Both Miettunen and Paunonen have a background in the non-governmental sector, mainly in peacebuilding and development cooperation. Their current civilian crisis management missions are the second one for Miettunen and the first one for Paunonen. Paunonen completed CMC’s Basic Course in Civilian Crisis Management in 2021 and was quickly seconded to her first mission. The application process for the Basic Course in 2022 is currently open (until end of September). In addition, CMC organises Civilian Crisis Management Experts’ Courses, which are targeted at experts who already have significant experience in civilian crisis management, but are not yet part of the CMC Finland expert roster.