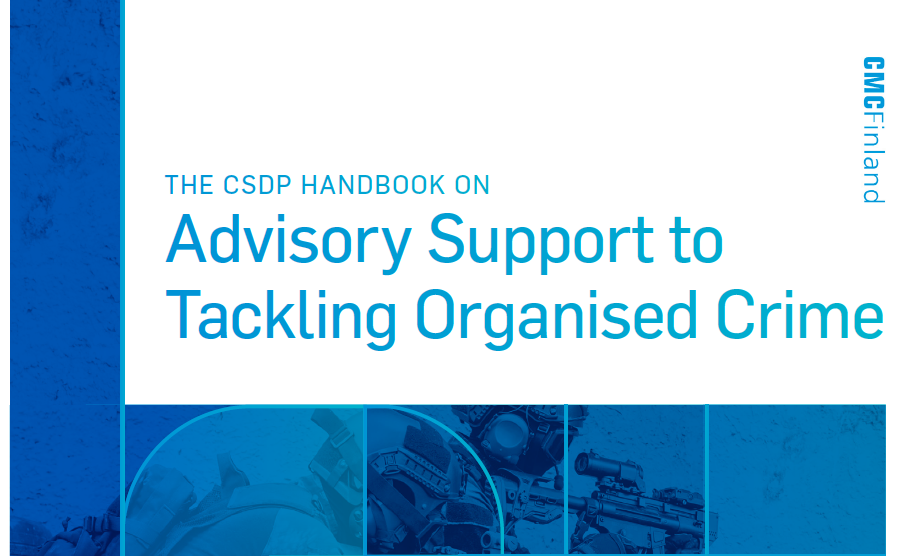 The CSDP Handbook on Advisory Support to Tackling Organized Crime was launched during a workshop on the role of CSDP Missions in disrupting criminal organisations in host countries, organised by CMC Finland and the Finnish Police University College as part of the EUPCST project in Järvenpää, Finland on 8-11 of October, 2019. The publication is the first volume of a series of upcoming handbooks by CMC Finland.

The motivation for drafting a handbook for CSDP operations comes from the authors’, Tanja Tamminen & Paulius Klikunas, personal experience working in CSDP. Specifically, there is a need among advisors for concise and systematical tools to situate themselves in the local context within relatively short deployments and mission mandates. For this reason, the handbook has a specific focus on integrating local knowledge and participation in each phase of the planning and implementation process.

The handbook presents an overall approach to tackling organized crime in host-states by linking political and tactical levels, and providing a comprehensive list of examples and recommendations for each phase of the process. Doing so, it supports advisers in supporting their missions and local counterparts in a range of circumstances. Moving forward, the handbook will also serve as a platform for future discussions and maintain focus on organized crime.

Participants in the workshop particularly appreciated that the handbook includes examples of tools already used in various CSDP missions, which can be adapted into a range of operational contexts.